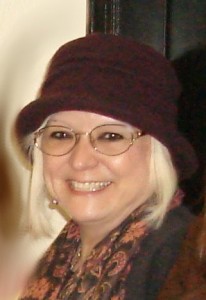 Barbara’s early childhood was spent in California, where her love of nature, animals, rocks and minerals, flowers and water developed. She displayed artistic talent at a very early age, producing realistic watercolor paintings by the age of three. After moving to Virginia, and later, Florida, Barbara was able to experiment with her art and has indeed found her own unique style.

The artist was an active member of the McLean Art Club and The Reston Art Gallery in Northern Virginia before moving to Florida. Her work has been included in private and business collections in the Northern Virginia and Washington, D.C. areas.

In Florida, Barbara has been very active at Tallahassee Community College forming The TCC Art Club, Illustrating for the Talon Newspaper, 1997 Art Editor for the Eyrie, TCC Art & Literary Magazine. Barbara had a one person retrospect show at TCC Gallery in 2002.

Barbara works in her studio in Midtown, and participates in several gallery and art features each year.

Barbara is known for her iridescent watercolors of Koi Fish. Several of these paintings were selected for publication with a fine art print company in Milan, Italy.

The artist continues working on her Paintings to Music Series, Madonnas and Horse inspired themes. She uses a wide variety of mediums and techniques with historical inspirations from Roman and Greek mythology, Madonna figures, miniature portraiture and Native Americans.